Danny Zuko is a Bad Boyfriend 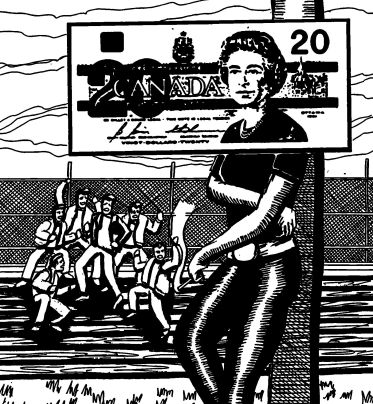 I was having dinner at a restaurant last night, the meal was great, my wife was enjoying the excellent food and it appears that most other customers and families around us were equally pleased. While the restaurant served liquor, it was not so much a drinking place but a place where someone can bring their family, as evidenced by a couple of the customers and their kids. There was one table however, that kinda spoiled the mood for everyone else.

It was a group of six men, drinking not too heavily but enough that they are all loud and can be heard by everyone in the restaurant. They were fairly young, maybe late 20s-30s. And though they were speaking a tad fast and my Korean is not that good, I could catch enough of what they were talking about, namely: the women they slept with, how their girlfriends are in bed, which Japanese adult film star they would like to be with, and how to get a Japanese girl. My wife heard all of this, and she corroborated my guesses. It was quite annoying and uncomfortable hearing all of this, with my wife at the table, children in the restaurant, and the server being a woman. Good thing the food was excellent.

Now, call me old fashioned, but I never really understood the urge of bragging about sexual prowess and conquests. I mean sure, one can brag about having bedded several women as a way to measure themselves among their male peers in a caveman sort of way, but going about the lurid details is something else entirely. It’s almost like a group session of humiliating women… women who happened to trust the men in the group. It’s a tad too distasteful for me, and if I took a recording of the conversation last night and posted it online, I’m sure most of the men on that table would be single and unemployed within the week.

The incident last night was reminiscent of what happened with several famous celebrities in Korea who were caught sharing their sexual exploits including photos in a chatroom. These were men, doing basically the same thing I witnessed last night, being lewd, sharing too much information, and shaming women in the process. I don’t think it had anything to do with bragging or demonstrating one’s machismo since several members of the chat group are young, popular celebrities who could easily be with several young women if they ever want to. This chatroom incident sparked a huge outrage, bringing down several celebrities, starting several investigations, and calling for crackdowns against sharing photos and spy pornography.

This isn’t the first time people got in trouble for sharing intimate details online. I recall a couple of years ago, one of the biggest photo-sharing sites in Korea was shut down due to men sharing intimate photos of unsuspecting women, giving out tips on how to rape women, and even arranging for partner-swapping.  Now, I’m not against partner-swapping should everyone involved be in on it, but I believe the women were basically pimped out on the site without their knowledge and consent.

I don’t know what has prompted this wave of misogyny. Perhaps its men bottling in their feelings after being subservient boyfriends and husbands, perhaps it’s new technology and people just being their worst, perhaps it’s young people basically rebelling against the Confusion culture, perhaps it’s a backlash to the rise of the feminist movement, or perhaps this whole thing has been there all along. Perhaps it’s Danny Zuko and his friends merrily chanting, “tell me more, tell me more.”

So once I become a grizzled old grandfather, what do I tell young men? “If you wanna brag about how many women you slept with, go ahead. Give a number. If you really want to brag about your manliness, go to a sauna together. Leave the women who trusted you alone. Don’t be an ass and betray that trust just so your friends could have a disgusting mental picture. You don’t need to help them with that. They can make disgusting mental pictures on their own. ”