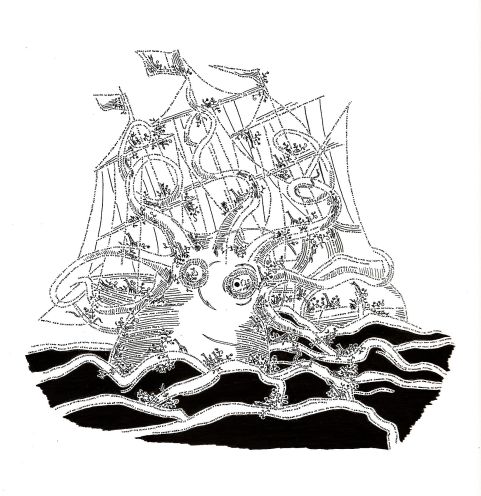 I’ve been reading about this 86 year-old woman from Ontario who was warned for illegally downloading a game and is basically being extorted to pay $5000. Problem is she’s never heard of the game Metro 2033. The company contacting her is a collection company calling in behalf of intellectual property holders. They’ve identified her only through her IP address, which doesn’t take much to realize, could’ve been used by other people beside herself, whether it be secured with a password or not. All the activities done on one specific IP address does not translate to activities done by the IP address holder. It’s just that simple.

Going after people this way is a rather simplistic way of dealing with a more complicated problem, if it is a problem at all. Looking at the specific Ontario case, if the woman pays the collection company $5000 as punishment for her “crimes,” what exactly gets accomplished? The real culprit still gets away with their copy of the illegally downloaded software. It is unclear whether they will stop their illegal activity. The woman who paid the fine learns absolutely nothing. There will be a brief period of people not downloading software illegally, while some will still continue stealing software regardless. And the software and the company who produced it will get bad PR for their actions. I tend to agree with the expert on the CBC story (http://www.cbc.ca/news/canada/ottawa/notice-and-notice-system-internet-copyright-enforcement-settlement-1.3823986) the whole thing is basically a cash grab for the software company and the collection agents. Many people are unaware of their rights, and they can basically be intimidated by these companies to pay up for crimes which they may or may not have committed.

But again, this is a complex issue and the dragnet collecting tactic is simply outdated with the current technology at hand. Many people get away with stealing content using VPNs or with borrowed Internet access. That makes the theory of IP addresses being linked to only the subscribers’ identities very flimsy.

Does Internet piracy truly hurt companies however? An article from Lifehacker (http://lifehacker.com/how-piracy-benefits-companies-even-if-they-dont-admit-1649353452) argues that piracy actual does benefit companies. Looking at ‘Game of Thrones’ for example, the show being the most pirated show on the Internet has helped boost its own popularity and the head of Time Warner even admits that it leads to more people eventually subscribing to their service. Of course, piracy is still stealing, and it must do a certain amount of damage. However, that amount of damage is very hard to quantify. And because hard numbers are hard to come by, it is very difficult to gauge whether the benefits of piracy outweighs the damage it does to a company, or does going after people like the poor woman in Ontario actually encourage more customers to buy their products instead of just lining up the company’s and the collector’s pockets in the short term. Looking at the game the poor lady was accused of stealing, Metro 2033 was critically acclaimed but sold poorly when it was released. However, it did receive a cult status. This cult status translated to much bigger sales for its sequel. Now, did piracy help it reach a bigger audience and attain this cult status? Perhaps.

I think the solution to piracy is actually developing content that is worth supporting. Taking software for example, I would gladly pay for software that is easy to install and use and would later be supported by the developers. This is something that normally wouldn’t be available with pirated software. I am paying for ease of use and continued support. Make buying software cheaper and easier compared to pirating them and you’ll reduce software piracy.

For movies, the ease of downloading or streaming content, the quality of the content itself, and the price of the content could affect piracy. People would pay for quality and for things that they genuinely care about. Many people would prefer to watch a ‘Star Wars’ sequel in the theaters as opposed to their smart devices. However, their love for the content could only bring them so far. If the price of watching movie theaters is too high, many people would rather watch movies at home… and if they’re not too invested in the movie and are merely curious, they would more likely pirate it. The same ‘Star Wars’ fan who paid top dollar in the theater would not be so keen to do the same for ‘Suicide Squad’ which got raked in the reviews by critics. Makers of the film could blame piracy for the movie’s poor performance in the theaters, but it could also blame its own quality as to why people would rather pirate it and watch it at home. Now, I’m not saying that I pirated ‘Suicide Squad,’ but nobody should be paying to see Jared Leto parade around in that ridiculous version of the Joker. It would only encourage him.

As for music, I think piracy has allowed people to download only the songs they like and not the entire album like people were once forced to. The trend was embraced by iTunes, and now people either bought only the songs they like or they would subscribe to a music streaming service. I believe both are cheaper compared to how we used to get our music. Unfortunately, this makes it harder for artists to make money from their craft. But then again, isn’t making music and marketing them cheaper these days than it once was? Also, piracy and free music could help smaller artists reach a wider audience. Once they gain that audience, it’s up to the quality of their material and the love of their audience to translate that into cash.

In any case, I hope companies stop going after old people for downloading games they have no idea they downloaded. It’s wrong and it feels really “scammy.” I actually played Metro Last Light, the sequel to the game that the old woman was accused of stealing. I remember enjoying it. Reading news like this however, it just puts a bad taste in what I once considered only as a pretty decent game.