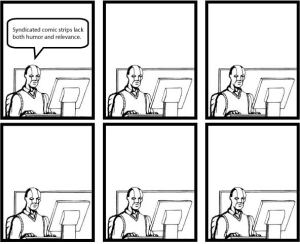 I was waiting in line the other day at my favorite sandwich shop/bakery. I happened to be third in line when suddenly, some woman skipped the line, ignoring everyone as she played with her oversized sunglasses . I gave her, the cashier, and everyone else the look and even said, “excuse me?” But everyone just ignored me and put up with the woman and her huge order of pastries. I left the shop dismayed and I don’t intend to come back again.

The one thing I don’t like more than people who skip lines are the people who don’t say anything and the clerks who put up with it. Granted, the woman was “older” and in South Korea that counts for a lot, but she wasn’t old enough not to know better, and she was not dying! In fact, the “older” people in the country should be pushing for general courtesy instead of just complaining about younger generations whenever they don’t get the respect that’s supposedly owed to them.

Now I’ve been living in South Korea for quite some time now, and this isn’t the first time people have skipped lines on me. Sometimes the clerk intervenes, but often people just ignore it. The line skipping incident is just one example of the general lack of empathy towards others or just simple lack of common courtesy that turns me off once in a while. I realize that people here tend to have a “mind your own business” approach to things, but people sometimes do it to such an extent that they’ve built a bubble around themselves and ignore the rest of humanity. That’s why people bump you in the streets of Seoul and never say a word. Why people don’t care if they poke your eyes out with their umbrellas. Why no one stands up to abuses they see on the street (I’ve been witness to some crimes and many times I’ve been told not to get involved. It’s none of my business, apparently.). This is why some people think Koreans are rude.

When I visited Japan last month. I was pleased at how polite strangers can be. I was about to attribute it to a unique Japanese attitude when I remembered that it’s the same back home in Canada. It’s also the same in my most favorite city in the world, Hong Kong. People cared about strangers and respected both their rights and personal space. People respected your space. They apologize for disturbing you and wish you well when they see you. It’s a kindness that I find missing here. Now, I’m not saying that all Koreans are rude and don’t care about others in the street. No. It’s just that in blindly following rules such as “mind your own business” or “respect (all) elders,” they make the country less pleasing and a terribly, terribly selfish place.

Maybe I’m just ranting because I’ve “lost” my favorite sandwich place. But really, it’s not a bad idea for everyone to just be a tad bit kinder to one another. Also, if someone could find me a decent deli in Seoul that uses real cheese, I would really appreciate it. 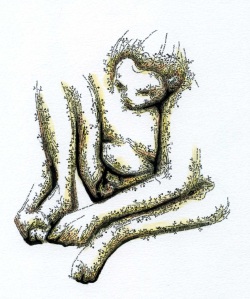 There are a lot, A LOT, or unsexy moments in my life. I would say the majority of my life is not really very attractive. In fact, it would turn most people, that’s why I’m extremely lucky to have a very attractive wife. But to me, probably one of the least attractive things a person could probably be caught doing is trimming their toe nails. It’s just one of the weirdest positions. When people do this, they’re not really wearing their best clothes either. Usually they’re in their underwear or something equally comfortable. I suppose women would look better in this position, but I certainly feel really unattractive when I cut my toenails, with all of my gut being squeezed as I hund over. This is why I do this in the wee hours of the morning when my wife is asleep.

Today is Fathers Day. As a child, I didn’t have the best relationship with my father. I always felt like I was much lesser, that I couldn’t meet any of his expectations. I had three sisters and most of my male cousins were almost a ten years older than me. So my dad wasn’t too keen on me hanging out with my sisters or my female cousins (like I had a choice). In school as well as pretty much everything else, he encouraged me not by saying I could do things, but more of like challenging me like, “what? you couldn’t do it? Why not?” It’s almost like I was a fairy boy growing up in a family of cops.

These days, my relationship with him has gotten better. I suppose the distance sorta helps. But I try not to take things too seriously when it comes to my family. I’ve become the Switzerland in all family matters, never taking sides and just being there to listen to things. And these days, I do A LOT of listening. In any case, I’m glad our relationship has gotten better, and there are times when I do miss him and regret not being the better son that he would’ve been proud to have when I was growing up. I guess now I have my whole to try to make that happen. 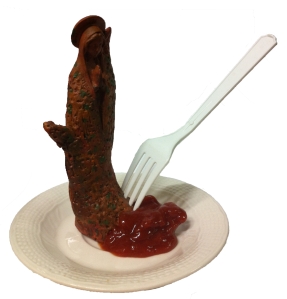 It’s been forever since I’ve eaten chicken fingers. It’s five in the afternoon, and I’m craving them.

My weekend was mostly wasted with errands leading to nowhere. It’s a good thing I usually wake up early in the morning. I managed to study a bit and get some art done. By 9:00 am, I was fine with wasting the rest of my day since I’ve already met the minimum requirements for productiveness. That’s my X-men superpower, being able to get by on five hours of sleep.

How did I get there? I always woke up early in the morning. Starting from Catholic school, we used to wake up early for mass. Then in high school, I’d wake up early to watch the news. Why? I do not know. Perhaps I was trying to be worldly, especially since the news was coming from NBC and Fox Rochester. University, I woke up early to work out with a buddy of mine.

We spend twenty-four hours a day in the planet, why not spend most of it awake?

(Look at me sounding like I’m having the most exciting of lives. In fact, I might be leading a miserable, sleep-deprived existence!) 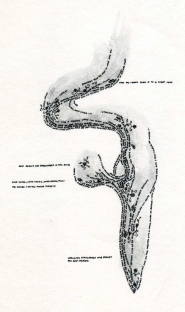 Pet peeve: computers messing up. Losing files, programs not working, re-installing things, re-connecting the Internet, thinking back how I figured it all out years ago. Aaaargh!

I hate how people are doing things with their lives: solving life’s problems, becoming better people, enlightening young minds, etc. And I’m here figuring out why I’m getting the blue screen of death. Ugh!