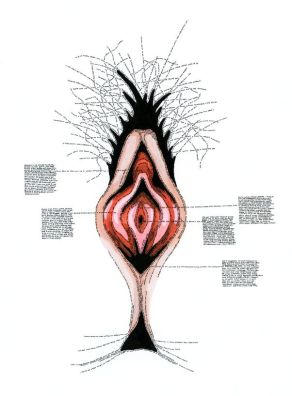 And these “men’s lifestyle magazines” don’t even have pornography, they have less raunchier pictures of models and celebrities. Which is fine, but most of those pictures eventually find their way on the Internet. Do they have interesting articles? Not really. Most of these magazines have tips of pleasing the other sex that are as out of touch and redundant as Cosmopolitan’s. Their reviews on technology and whatever products they’re hawking or “amazing workout tips” are all available online from alternative dedicated sources. At least Playboy, Hustler, and Penthouse would sometimes have great interviews and articles. Also, all three publications have a history which has value, something I’m not sure Maxim has.

Before I go on a full rant, let me go back to Maxim Korea. They recently published probably the most offensive cover I’ve seen in a long while. I’m feminist in many issues, but I wouldn’t call myself a feminist (especially with the seemingly acidic tenor of the current generation of feminists). I admittedly objectify women at times, but it comes from a place of desire, even love of women. It comes from a primordial curiosity. I do not hate women. Women should be seen for all that they are, but there are also moments when women are there to be objectified. That’s just how the world works, and I’m sure the same thing is true about men to some extent as well.

But the cover of the September issue is nothing but pure misogyny.

I find this a hundred times worse than Hustler and Penthouse at their raunchiest. How could a magazine editor be so out of touch? How come no one in the company thought this was a bad idea? Unless that is exactly the whole point of the cover: a stunt, a way to gain publicity regardless of the negative public outcry. Hustler caused quite a stir back in 1978 when it published a cover of a woman being fed to a grinder with the bottom reading “We will no longer hang women up like pieces of meat.” But Larry Flynt intended the cover to be a jab at criticisms of pornography.

What is the Maxim cover about? It’s rather devoid of meaning. The woman in the cover serves much like an accessory and not much else. I don’t mind having people as accessories. People do it with men, women, and children, but as a “men’s lifestyle magazine,” the cover seems to depict nothing but violence against women. There’s no irony or social statement. If there was, I’m missing it entirely. I read it more as a complete domination of the opposite sex. It’s not enough that women serve as pretty clotheshorses and lust fodders inside the magazine, they get to be tied up and dumped in a trunk as well. If that’s not the message, then please, someone explain it to me because I don’t get it.

But let’s be honest, there is no message. The cover is creatively empty. The editor just wanted a bad boy image using the stereotypical Korean gangster fantasy (Korean gangsters DO NOT look like this) and put a woman in the trunk simply because that’s what you do in a men’s magazine, you put women in the magazine somehow. It’s just lame, dumb, and offensive. I don’t really have so much ill will against Maxim Korea and other “men’s lifestyle magazines,” but creatively empty, lazy, out of touch, and offensive covers makes the impending demise of some publications a tad pleasant for me.