Cicada done in my usual style.

I’m not a big fan of the Russian government lately nor the Olympics being held in there especially with all of the troubling news coming out of the country. Despite this however, the Olympics cannot be avoided, and I cannot say that I don’t feel a bit of joy for the way Canada’s performed, especially with the two hockey golds and the women’s curling gold by a team from Manitoba. Yay Manitoba! A couple of things however:

After the Canadian women beat the Americans in hockey, #fuckCanada began trending on Twitter. It escalated more when the Canadian men beat the Americans a couple of days later. Really? “Fuck Canada?” “Our bacon is better than yours?” I know a lot of it is done in good humor, but most of the stuff I read is not really witty nor funny. If anything, it just sounds like whining or status fillers by creatively empty people. And really? How can you say, “fuck Canada” when you can’t even place bronze? Maybe you’re better off just saying “fuck hockey.”

Now, I don’t know for sure, but I doubt if the Swedes are going “Fan ta dig, Canada!” after getting silver yesterday.

Speaking of reacting badly to losing. I’m annoyed at the South Korean reaction towards the Kim Yuna loss to the Russians. First off, everyone and their mother is suddenly an expert, an expert in a sport that is notorious for shady, subjective judging. Second, the mob mentality of Korean netizens is ridiculous, even going so far as to mocking the 17 year-old Russian winner. If there were some discrepancies, then attack the institution… attack the way figure skating scores their athletes… don’t attack the athletes who work hard and devote their life to the sport. When Roy Jones Jr. was robbed of Olympic gold in 1988, the venom was not towards his opponent Si Hun Park, but towards the judges and the institution who made it happen. Si Hun Park, for his part, looked rather ashamed of the “victory” and never boxed professionally afterwards.

I’m also annoyed at people justifying their ravenous anger about it with, “I’m Korean!” I know you are. But Kim Yuna is not your daughter, and her triumphs and losses don’t affect you unless you let it (by devoting so much time hating, arguing, searching the internet, posting on forums, photoshopping, and signing petitions). I’m a Canadian, and I don’t take the losses of Canadian athletes personally. And I’m also open to counter arguments since I’m not a professional judge or anything. Heck, I’m open to counter arguments to anything! But personally, I heard “I’m a Korean!” many times not just as a reason for someone being angry due to some perceived athletic injustice, but as a sweeping counter to a reasoned argument. No one spat on a flag nor insulted a nation. It is blind regionalism and thick-headedness.

And really, a million South Koreans signing a petition to investigate the loss? Really? How about those same million being concerned with something worthier like I don’t know… the recent UN report about what’s happening up north?

Now I might be accused of regionalism with the way I started this entry, proclaiming joy over the way Canada performed in the Olympics, but hey, I’m never bitter whenever the Jets or the Bombers play poorly. 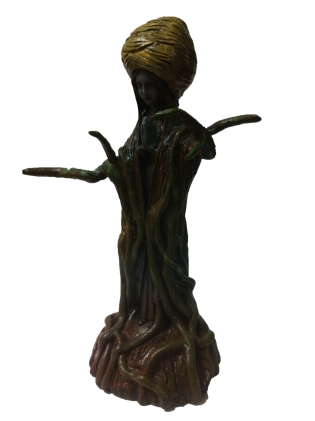 Ah… Parliament of Trees. If you’re gonna pick a not-so-popular comic book to read, pick up Alan Moore’s run on the Swamp Thing. Excellent writing! People often know of Alan Moore through The Watchmen or The Killing Joke, but most of his stuff is gold, and I suggest reading his work on whatever series it may be.

While Jim Lee has always been my favorite artist back when I started collecting comics during the X-Men heyday, he was soon replaced by Masamune Shirow. Not only is he a great artist, his books (both comic books and illustration collections) are often filled with insightful and humorous commentaries. Orion was my introduction to his work and still one of my favorite books, and Ghost in the Shell is one of the greatest series ever. It’s a shame however that there are no signs that Shirow will be coming up with any new books soon, just collections of artworks, mostly erotic stuff. It’s also a shame that DreamWorks is still planning to create a live-action version of Ghost in the Shell. With the way Hollywood studios westernizes foreign IPs and creatively butchers them (Dragonball, The Last Airbender, Oldboy…), my expectations are set really low.   Speaking of comic books turned movies, I’m surprised at the zeal of adapting comic books to movies these days. It’s like movies have turned to the new comic books, especially since many people would know of characters like Moira Mactaggert and events like Days of Future Past without even picking up a comic book. There’s been hints of the Infinity Gauntlet run being adapted into movies, and Guardians of the Galaxy, a series that I wasn’t even sure was all that popular, is set to be released in 2014! Whoa! I think people need to slow down. While it’s great that there’s some continuity and connection to the narrative of the Marvel/Disney movies, I think they’re going to burn out soon. It’s gonna get tiring, and people would want to watch movies not based on comic books or an IP from the 80s. For a while there, even the Superman vs. Batman project seems like it’s being developed and cast in a panicked rush. I’m glad they’re finally trying to move on with the series and not re-telling the Superman origin story again and again… having Batman, a hero everyone loves, fight Superman, a re-launched hero that not too many people care about, sound like a disaster.

A few random comic book thoughts (or hate) in closing:

I never liked Rocket Raccoon nor Squirrel Girl. I find them both incredibly corny.

I also don’t get Deadpool. Wasn’t the funny, breaking the fourth wall thing done by Spider Man before? I also can’t reconcile the idea of a morally ambiguous, mentally unstable villain to be a “funny” character. I don’t find it cute. The fact that he was created by Rob Liefeld and portrayed by Ryan Reynolds are just nails in the coffin.

I’m not a fan of the Iron Man films. I find Tony Stark grating. Wasn’t he supposed to be the serious scientist-type with a drinking problem from the Avengers? What’s with all the wit and quips? When did he become Spider Man? I also found Iron Man 2 incredibly one-sided, like the billionaire industrialist Tony Stark versus The Wrestler (“an old broken down piece of meat”). Weren’t we all supposed to root for Tesla and not for Edison?

More Turtles for the Skin

More turtles. Will need more commitment on the design before I go ahead with colours. 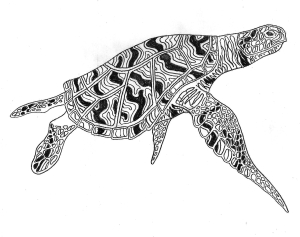 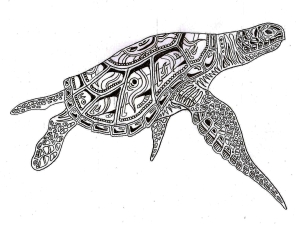 Tattoos and Foreign Crime, What?

And yet more tattoo designs. This time, turtles. The request was to do a sea turtle realistically based on a picture. I don’t really recommend doing a straight-up realistic representation because it might look like some image you’d see from Hallmark Cards. Anyway, here’s a template. 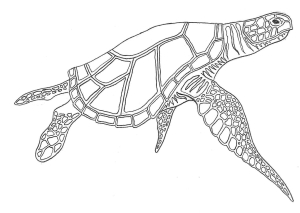 Here are variations to which colors can be added. I guess we can go anywhere from the template.

Living in a foreign country, it always annoys me whenever I hear news of expats behaving badly. It’s mostly because there’s a great chance that the xenophobic media would use the story to paint everyone with a wide brush. This is how all teachers here were made to require HIV testing prior to getting a teaching contract. A move so backwards, so 90’s AIDS scare, that the UN condemns it.

Anyway, just this morning, I read that an expat that once did commercials and TV gigs here is now charged in Cambodia for purchasing sex with minors. Ugh. They still play his commercials now and then.

There’s word on the Internet that “his friends knew that he had issues” and that they confronted him about it. Also, that perhaps he was inappropriate with some of his students sometimes. But these are all stories, and so far I’ve yet so any hard evidence of crimes here in South Korea. Unfortunately, such stories are often more than enough for the media here to create a “hard-hitting piece” against foreigners. Next thing you know, all foreigners here are Diane Keatons to this guy’s Woody Allen (or maybe worse, we’re all Woody Allens).

Hopefully, the local media which is bound to pick it up would treat the story like an adult, a conscientious adult with a job.