A good friend of mine contacted me on Facebook and showed me our Facebook anniversary notification. Apparently, we have been Facebook friends for ten years, and it showed some highlights and some stats regarding our interaction on the platform. It’s a good attempt from Facebook to get people to start using their platform again, although it’s a bit too obvious. I’ve long abandoned my Facebook page. I only use it to keep in touch with family members via the messenger app. I don’t think seeing my history with the platform would really entice me to go back to using it as much as I used to.

I just finished listening to the latest ‘The Hidden Brain’ episode (Schadenfacebook). It explores what I already read about years ago and what I’ve come to belief for a long time now, the more I use social networking platform, the more depressed I become. The show basically says that Facebook gets its users to curate their life, create a show for their friends and family to see. It creates or amplifies this need to appear happy, or at least happier than your friends. Also, the fear of missing out and constantly checking on the experiences of your friends diminishes your own current experiences. You could be traveling in some exotic locale, but the joy from the experience is dulled should you see that your friends on Facebook or doing something else together, even if it’s something as mundane as meeting up for coffee. Instead of enjoying your current experience, your mind is somewhere else, either wishing to be a part of your friends’ experience, or thinking of ways to one-up their experience with your own post.

Basically, Facebook is bad news. It gets you depressed. It turns you into a smaller person. The more depressed you are, the more active you become at the site. And the thing is, you end up competing with people who are probably just as depressed as you are.

Amazingly, one of the most cynical companies whose product is basically preying on people’s ego and making people less fulfilled in the process is one of the richest companies in the world. Good job, Mark!

Facebook started out great. I get to see some friends from back home. I get to reconnect with some people who I’ve long lost touch with. But I also get to see some old romances and basically enjoy how bad their life has become or how their looks have deteriorated since I left them. It is basically a tool that helps me with my ego, telling me that I’ve made the right decisions in life. And while I can only say that about my own experience, I’m pretty sure that’s what motivates many people on the site too. They might as well call the site LookAtHowBadMyExIsDoingTheseDays.com. So yeah, jealousy, depression, unnecessary competitiveness, ego… it’s like Facebook was designed by the devil himself.

So yeah, while I love that friend of mine who recently contacted me (I love him like a brother), I won’t be coming back. Nice try, Facebook. I’m depressed enough as it is.

I’m not saying that my marriage is better than most. I can’t even say that I’m particularly good or content at being a husband. I’m just more realistic about it. It’s challenging, and the good days are coupled with the bad. The problem is, instead of being objective at viewing the bad days, you either blame your spouse and drive a wedge between the two of you, or blame yourself which drives you to depression. And as hard as it is not to do either, sometimes the thoughts just linger there at the back of my head, like a tiny cancerous cell.

So why the negative? Well, as content as I am with my marriage. It is the marriage I think that I deserve. It is the relationship that a person like me, with all of my talents and failings, am worthy of, or perhaps even extremely lucky to have (depending on how much of a scumbag low life I think I am at the moment). I think people come in to marriage with visions of roses and a path paved with rainbows. And that’s when it starts falling apart. Nothing in life is that sweet. No prince charming will sweep you off your feet and take care of everything and make you happy. You can’t marry a sex doll who will also appreciate your personality, feed your intellect, and help support you financially. You get married if you finally find someone who can put up with you, someone that’ll make you happy now and then, someone that will put up with your inadequacies, a roommate that you won’t totally hate. That sounds like a low standard for marriage, but it’s actually quite a tall order if you look at it realistically. Just looking at the roommate standard, I’ve had roommates before, and many of them I liked, but there’s a tipping point to some of the things I won’t put up with and vice versa.

So what’s my advice regarding marriage? Don’t do it to make yourself happy. This applies especially to Korean women my age. Marriage won’t make you happy. You get married, because deep in your soul, for whatever reason, you have to wake up with that person next to you every day, until one of you dies and leaves the other person broken hearted until they pass away as well. It has nothing to do with happiness. It’s about filling a place in your life that is both joyous and miserable. You do it, because you have to do it. I guess that’s my roundabout way of describing a soulmate. A soulmate fills a void in your life; they don’t necessarily make you happy. Find happiness somewhere else. Then let marriage complement or complicate that happiness. Don’t confuse marriage and happiness for the same thing. Otherwise, the minute you start being unhappy, you start blaming your spouse. Going back to the roommate analogy, I never blamed my roommate for my unhappiness. My unhappiness was all because of me.

Of course this is just me talking about marriage without taking children into consideration. I don’t have kids, so I wouldn’t know how that factors in. I love children, but I couldn’t imagine having them myself. I think I’d make a good uncle but a terrible parent. Perhaps having children would make marriage more fulfilling, but I’ve seen marriages not survive despite couple having several children. Perhaps children help marriages, perhaps they don’t. But I wouldn’t want to risk having children in an unhappy household. And if the statistics are accurate, despite what your Facebook feed might tell you, more than fifty percent of marriages end up in divorce. Out of the other half that survives, how many of that are unhappy? How many of that has children. The stakes are just too damned high.

We’re all John B McLemore Sometimes. 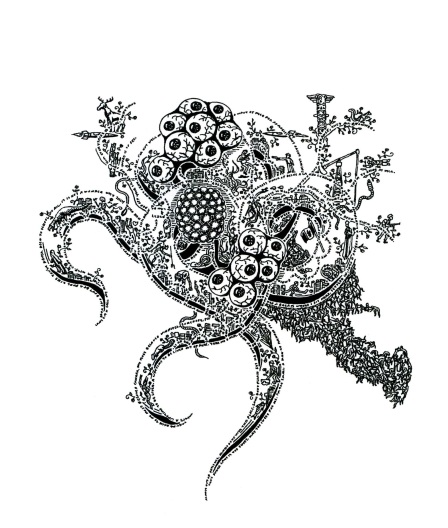 S-Town, from the makers of Serial and This American Life, is a glorious podcast. What started out as a crime mystery in a rural town quickly becomes an examination of tortured existence. It was good podcast to listen to after finishing Missing Richard Simmons. Both podcasts deal with examining people who have grown uncomfortable with the lives they lead. Though Richard Simmons claim he’s living well and is comfortable with how his life is, the podcast certainly explored the idea that he’s currently living a life of torture, either as someone who’s held captive, or someone who has grown tired pushing himself to creating a persona that has gone out of control. In any case, it didn’t get as dark as S-Town got. Both podcasts remind me of the Hammerstein line from ‘Ol’ Man River’ – “I’m tired of living, and scared of dying.” We all get tired of living. I can honestly say that I’ve been having more and more days where I am just tired of it all. Not enough to end everything, of course. I’m too much of a coward for that. But at one point on June 22, 2015, John B. McLemore got so tired of life’s slow, mundane misery, that he was no longer scared of dying.

Now, the podcast explored many reasons for John’s depression: his family life, his sexuality, his grief over his dog, his frustrations with his town, his obsessions with global ills, mercury poisoning, etc. It was evident that John was actually surrounded by people who are his friends, not just in his hometown, but throughout the world via the Internet. He is, after all, one of the world’s foremost experts in restoring antique timepieces. But despite not being alone, he believed he was lonely, to which host Brian Reed asks, “Is there really a difference?”

Despite being in a rather ideal situation, having money, a stable relationship, etc., can a person will themselves to depression and keep their joys to a minimum? It would seem this is exactly what John has done. He hated his town, and yet he stayed. He could’ve been more open with his sexuality, and yet he chose circumstances which kept him in the closet. He lashed at people who were genuinely his friends. He became addicted to information on the Internet that was upsetting him. He was constantly giving himself reasons to feel bad, like writing daily notes of self-denial instead of self-affirmation.

I wonder if that’s how things really are. That it can all be boiled down to simple mental exercise. Keep telling yourself that there is a God, and every little event in life would be God’s little miracle in your eyes. Keep telling yourself that you don’t deserve any happiness, and every little event would be proof that you don’t deserve any earthly joy. You are a fuck up, and the world will prove that you are. Why should you be happy when the world is a miserable place and you are miserable yourself. Keep telling yourself you’re lonely despite having good days. For as Brian Reed said, “Is there really a difference?” Perhaps at some point, you’ll get so tired of living, that you will no longer be scared.