Playing to an Audience 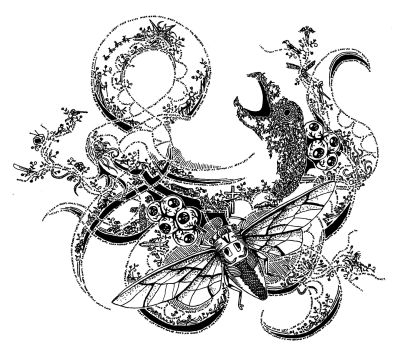 I haven’t seen Green Book yet. I work, I study, and I have Red Dead Redemption 2 on my PS4. Time is at a premium. Just yesterday, I finished watching the R. Kelly documentary series, a few days after everyone was talking about it. So yeah, I’m often late or find myself catching up on things. Anyway, I was ready to watch the Green Book sometime this upcoming weekend when I learned that the Green Book’s celebrated writer, Nick Vallelonga, supported Donald Trump’s infamous 9/11 lie that he remembers seeing Muslims celebrate on the rooftops of New York when they saw the Twin Towers in flames. This is a lie that he floated around to rally support from his racist base as well as to justify his Muslim Ban. Nick Vallelonga on Twitter supported Trump’s claims, saying that he too saw Muslims celebrating on New York rooftops.

After the Golden Globes and people discovering his questionable tweet, Nick Vallelonga has deleted his account. His PR representative, as of this moment, has said that since the account was deleted, there is not much to say about it. Why do people pretend that things on the Internet don’t stay on the Internet forever?

The film is about the unlikely friendship between a black jazz pianist, Don Shirley, and an Italian-American bouncer turned driver, Frank Vallelonga, Nick Vallelonga’s father. It’s the story of life during segregation and it has received acclaim, especially due to the performance of Mahershala Ali who portrayed Don Shirley. With Ali being a Muslim, I can only imagine how uncomfortable it must be for him to have worked on film with someone who is obviously prejudiced against Muslims. It’s already controversial with many of Shirley’s living relatives contested many details of the film, saying that the friendship between the two main characters is fictional and that scenes were created to play up black stereotypes. With the writer appearing to be a bigot, it would seem that the Shirley’s accusation that the makers of the film were more interested in making money than anything is growing to be more accurate.

This is not the first time I’ve seen someone change their politics or pander to the opposite site of the political spectrum in order to get a buck. Despite Nick Vallelonga presumably being a bigot or having some bigoted tendencies, that doesn’t stop him from seeing and crafting a good story that people would like to see. That doesn’t stop him from making art that people of opposite beliefs would appreciate. Knowing the background story however makes me not want to see the film, it is after all mostly a work of fiction. But it’s sad that all of this baggage is affecting performers who otherwise did well on the film.

Tomi Lahren, a conservative commentator pretending to speak for young people started out as a liberal. When that didn’t work for her, she became a conservative talked. With her bleach blonde looks and crazy talking points, conservatives were all too willing to give her the attention she wanted. Her African-American equivalent is Candace Owens. Same beginnings, started out as anti-Trump but is now a conservative talker. Follow the money. See what the audience likes, give it to them = profit. I think Louis CK is sorta trying to do the same thing, too. Before he was outed as a predator, his materials were raunchy and offensive, but tended to lean on the progressive side. But hearing his leaked materials, I see him courting the same men’s rights dude bros that he used to make fun of. He’s even making fun of students who were victims of school shootings despite having two kids of his own. It was the voice of a man aggrieved which is all too common with the alt-right types who claim that Gamergate was about games journalism. There is an audience for this, a very easy to entertain audience. Perhaps he’s just following the money. Maybe if he says “cuck” more often, I would be more convinced.

I don’t see how people do this though. I would never know how it feels because I never really earned a fortune through my art, but how does one make art or do work that is disingenuous to your true self? How does one spout of conservative nonsense when they are truly much smarter than that? How does Louis CK pander to a rather mean-spirited audience with his awful jokes? Or maybe that’s the real Louis CK all along. If so, how does one fake being a progressive when deep inside your soul is as black as Gavin Mcginnes’? How does one make a film shining the light on racial inequality and work with Muslim artists when deep down they would rather make a wall around the country to keep out all the dark minorities? Is it just the money? That must be an awful lot of money. That amount must be so big that you could hug it and at the same time feel its warmth surround you, giving you the most comfortable sleep at night. An amount of money that replicates the joy of making love, the comfort of being in a loving womb, and the taste of having sweet chocolate in your mouth (Am I describing cocaine?). What a wonderful amount that must be.

So yeah, maybe Nick Vallelonga is a bigot who doesn’t much care for the actual lives and values of the people who would most appreciate his story. I’m sure Green Book is a good movie, but other shows and movies have suddenly become more of a priority for me. I hear Bird Box is interesting.