The Presidency in a Lon Fuller Cave 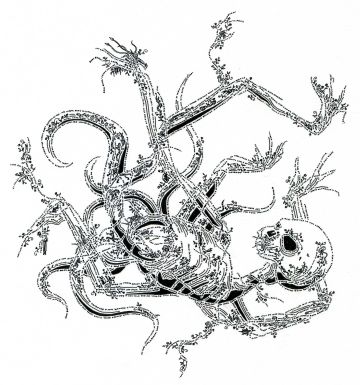 When is a criminal act a criminal act? I remember studying R v Dudley and Stephens.  In the case, four men were shipwrecked, and with little hope of making it to land and one of the men fallen into a comatose state, two of the men decided to kill and eat the dying man in order to survive. One of the men refused to participate. The case was a precedent in establishing that necessity doesn’t justify murder. If I remember correctly, it was also a test on the reaches of the law, and whether the fact that the men were lost at sea and therefore out of the reach of legal powers, makes the law inapplicable to them during the act, much like a legal Schrödinger’s cat.

This is somewhat related to the “Case of the Speluncean Explorers” written by Lon Fuller for the Harvard Law Review. It’s a though experiment where Fuller gives a hypothetical case of cave explorers who were trapped in a cave, and in order to stave of starvation, drew lots on who to murder and eat in order for the rest of the men to survive. He wrote about five judges’ differing opinions on the case. I would not explain all of the judges’ reasoning, but one judge argued for setting aside convictions since the “murderers” in the case were out of the reach of the laws of society and thus were in a state of nature and under natural law. Under natural law, rules are governed by reason, and it is only reasonable to kill one person in order for the rest to survive. The purpose of the law forbidding murder, which is deterrence, also doesn’t apply to them under such a state because A. they were in an extreme situation B. it could be argued that preventing one murder would lead to more deaths, and C. which legal authority would prevent the murder in such a state?

This brings me to the current issue of the growing case against Donald Trump. In order to hide possible collusion with Russia during the election, Trump may have committed several indictable offences already, committing crimes to cover up a crime. He may be tried for intimidating witnesses and obstruction of justice when he tweeted about James Comey after firing him and Sally Yates during her questioning. He may be guilty of obstruction of justice when he inquired about his own investigations, asked for the investigations to end, and fired people investigating him. And even asking for a loyalty pledge from his own investigator is obstruction of justice and a criminal conspiracy should Comey have agreed to pledge to Trump. There’s also him tweeting about the supposed tapes, which if they do exist, could also implicate him in whatever crime he’s trying to blackmail Comey with, or would make him guilty of obstruction of justice and destroying evidence should he say that he got rid of the tapes. This is just for the past couple of days. It doesn’t take into account the original issue of collusion with a foreign government as well as conflicts of interests regarding his businesses.

Now, with all of these low-hanging fruit, would someone try to remove Trump from office? I’m afraid the president of the United States is in Lon Fuller’s cave as well. The country is in an extreme state, and just like the laws of society could not touch the men in R v Dudley and Stephens while they were at sea or the men in the cave, no one can touch Trump unless the people in power are willing to look for a crime. By virtue of him being in power and with the Republican majority being tied to their party, Trump might as well be killing and feeding on people while stuck in lawless isolation. He could hand the nuclear codes and all state secrets to Vladimir Putin while kissing him in the mouth during a press conference and it won’t be an offense unless people are willing to call it so. So far, he seems to have gotten away with so many offenses but people are willing to look the other way and not punish him the way other normal citizen would rightly face consequences in a civil society (“grab them by the pussy” anyone?). Trump is out of the reaches of law at the moment. Someone please bring him back to where the rest of us are before he causes any more damage.