A Year of Health Scare 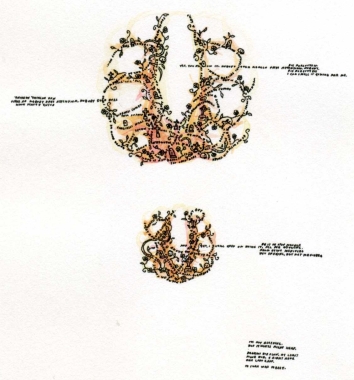 Last year, around the same time today, I got diagnosed with an enlarged thyroid. The doctors don’t quite know what to make of it and they said they would just put me under observation. “Come back in a year.” It’s been a year. I’ll see what’s going on this afternoon, fingers crossed.

After my diagnosis last year, I learned a couple of things. One is that my family has a history of it. My sister has an enlarged thyroid and she’s managing it with drugs. My mom had issues with her thyroid as well. I forgot all about it, but I do remember worrying about her having goiter when I was younger. In any case, according to test results, my hormone levels are fine so there’s really not much cause for concern for now.

The other thing I learned is that there’s a tendency for some Korean doctors to exaggerate the need for surgery when it comes to thyroid problems. Patients end up getting their thyroids removed, using drugs to manage their hormone levels, and harming themselves more in the long run. I guess it leads to more business for surgeons, pharmaceutical companies, and hospitals. So yeah, as immoral as it may seem, I have to exercise a bit of caveat emptor when it comes to medical diagnoses in this country.

It will be my mom’s birthday in a couple of days. Last year was horrible for me. It was started by the news regarding my health, and it just went downhill from there, one thing after another. God, I hope this year would be better. 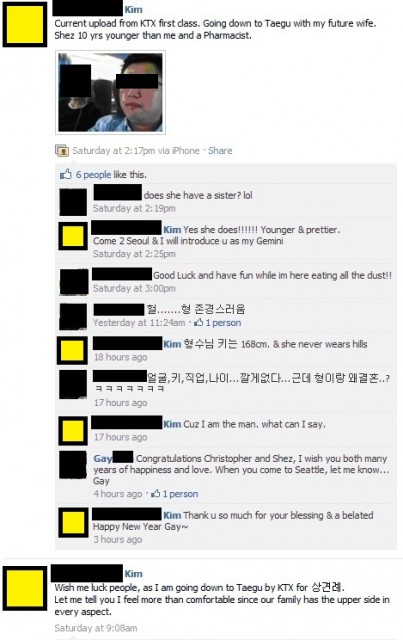 I took this shot years ago. The comments are genuine and the only photoshopping done was to protect the authors. See, I’m  interested in tragedy, but I’m not mean. The comments are from an old, racist co-worker who hated my guts. This, despite me being the friendliest and most generous guy to him, if I do say so myself.

Facebook has fueled its empire with people’s desire to look at their exes and people they hate… an empire built on schadenfreude and regret. This time around, it’s schadenfreude. I have reason to believe the idiot is still single, and that woman is not stuck with a husband who thinks she’s inferior to her younger sister and looks down on her family.

I’d smoke if I didn’t quit years ago.