On Chelsea Manning, Whistleblowers, and Circuses 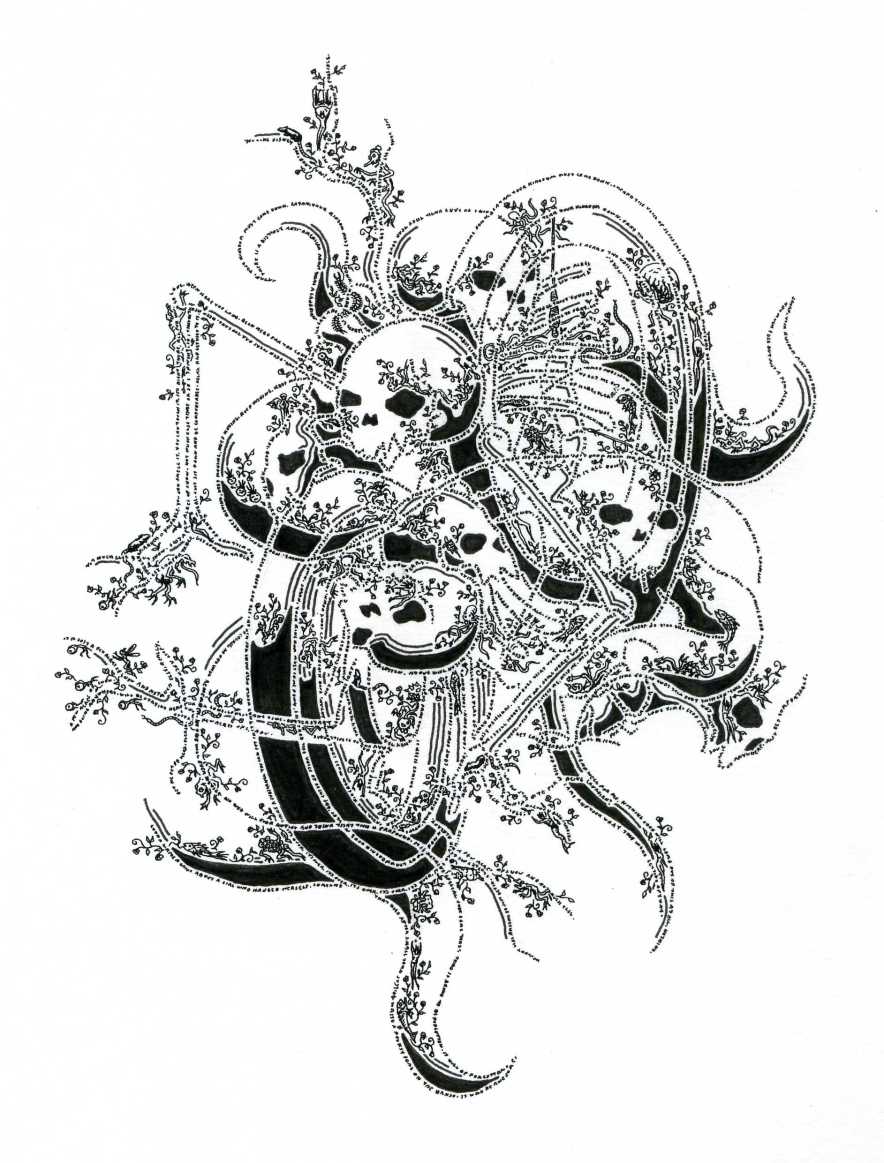 President Obama just commuted Chelsea Manning’s sentence and she’ll be out in spring. This is good. What she did was heroic and she exposed a crime which the United States was committing. She was sentenced excessively compared to many whistleblowers before her, this despite essentially admitting to all charges and facing the consequences head on in a plea bargain without any real bargaining. As for Snowden and Assange, I tend to be more on the side of the United States when it comes to explaining the difference between Manning and the likes of Snowden and Assange. Chelsea Manning faced the consequences of her actions. As much as I appreciate what Snowden did, he eventually escaped to Russia. What he did was courageous, and he was definitely facing a world of torture if he stayed in the United States, but he didn’t really face the consequence of his actions. It would be very hard for the US Justice Department to pardon someone who flagrantly escaped justice. Maybe it’s the cruel Roman Catholic in me, but it’s very hard to make a saint out of someone, when they didn’t suffer martyrdom.

And as for Assange, he is currently not facing any charges from the United States. He is hiding in an embassy from rape charges. They could very well be drummed-up charges designed to silence the founder of Wikileaks or perhaps influence the media outlet, but the recent actions of Wikileaks already has me and other people suspecting that government powers have already influenced Wikileaks. (Notice how Hillary Clinton’s e-mails have essentially stopped leaking after the election?) His recent reneging of his offer to go to the US and face any charges once Chelsea Manning was set free also shows what type of character Assange is. I’m with Christopher Hitchens on Assange, he is an “unscrupulous megalomaniac with a political agenda.” Sure, some of the information from Wikileaks has been very important for freedom of the press, but for Wikileaks to somehow positions itself above all scrutiny and somehow act as the bastion of all truth-telling, it makes it all the more useful tool for political manipulation be it from Assange or other forces.

And really, God help the people victimized by powerful men, regardless of political affiliation. If the rape allegations against Assange happen to be true, imagine being one of the victims seeing Assange’s face on television. I have a problem with people facing accusations and later dealing with the stigma of being a rapist. This is why I never bought in to the Mattress Girl and her campaign. But I also have a problem with people skirting the justice system and not settling the matter at hand.

Anyway, I’m sure with Trump and his supporters warming up to Wikileaks and the Russians, Snowden and Assange have a better chance of getting pardons in a couple of days. That is, as long as Wikileaks doesn’t release any harmful information against the Trump administration. But if Wikileaks didn’t challenge the government and release any information on the Trump administration within four years, would they still be Wikileaks?

The Ringling Bros. Circus is closing down after over a century of being in business. This is all good news. It’s a bit sad that the circus is basically going extinct and along with it, many skills and artistic acts, but such is life. We’ve also moved on from vaudeville and burlesque acts. Many people are celebrating it because of the circus’ history of abusing animals, but I’m happier with the fact that with the circus dying, this means fewer children will be learning to be circus performers instead of focusing on their education. I know this is not really the case with the Ringling Bros., but I once saw a Chinese circus, and as amazing as many of the acts were, it was really depressing the number of children or young adults performing in the show. These kids should be at home studying, instead of risking their necks for a few dollars. 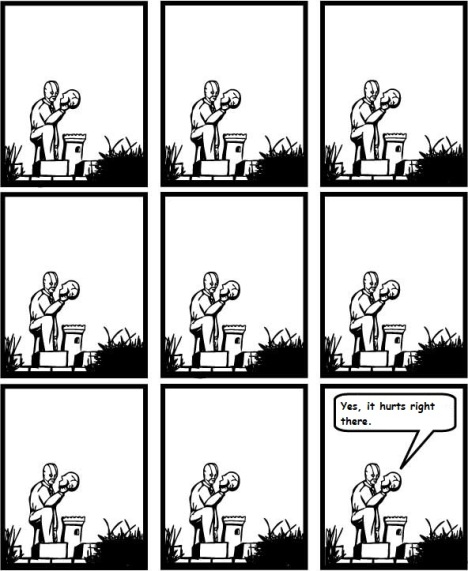 After a few hours to absorb it, I’m still numb at the reality the world has woken up to. It’s not gonna be as catastrophic as many people have predicted, I’m sure, but it is sad that a person at his most vile was rewarded the highest office in the land. This is what the world has come to. I’m not an American. I’m a Canadian. I’m not even in North America at the moment. I arguably don’t have a dog in this fight. But as a person who likes to think he’s decent, who cares for others (women, minorities, disabled people, the poor), someone who values facts and science, and as an immigrant of color, the world is a darker place. I could go on and on, but let me just list a few lessons learned from the whole thing.

Probably the hardest lesson to learn is that the bullies win. They do. It’s very hard not to learn that lesson after yesterday. Don’t get too comfortable in your high horse because the bullies win. It’s very hard not to learn that lesson just looking at the news throughout the world. Putin has bullied his country for years and will probably do so for more years to come. Assad is still in power. And now Trump, who has insulted every person who was not like him, is the leader of the free world. The likes of Martin Shkreli are not villains who will someday face justice because the world is right and good. No, the world does not care for your morals and decency and will reward the bully.

Take comfort in your morals and decency because that’s all you have for now. Hug your children and hope that they may never face a bully in their life. Because someday that bully… that bully who makes fun of their religion, their culture, their disability… that bully who grabs them by the pussy, might very well become their leader.

Fear of the Same Thing 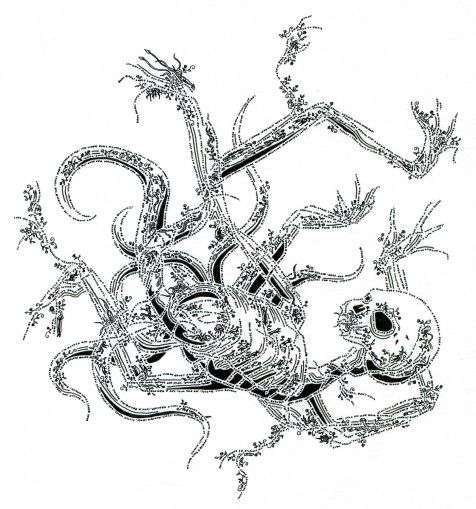 Last week was a good week for Canada. It’s been a decade since we had Harper and the conservatives, and it’s been decade of Canada becoming more and more like its southern neighbor. Canada’s become more polluted and more reliant on dirty energy exploration. Many of our protected lakes are no longer protected and Aboriginal communities continue to be marginalized. There were even talks about abolishing our healthcare system to something more similar to the one in the United States.

And while I didn’t vote this election (I was not allowed.) and would’ve been very happy should NDP have taken control of the government, I’m glad that Justin Trudeau won. It’s still very early and he has not done anything yet, but at least Harper is out of office. This is the same elated feeling back when Barrack Obama won in 2008. We didn’t know what Obama was about back then, but at least he was not George Bush. The anti-Bush sentiment was so overwhelming that Obama was awarded the Nobel Peace Prize just for not being bush (A senseless gesture in my opinion, since Obama is just as pro-military as his predecessor.). I just hope that our new Prime Minister lives up to his promises and not be as empty and as pro-corporation as Barrack Obama.

Canadians woke up from their conservative slumber and decided to get their voices heard and try to affect some change in the country. It was a good week to feel hopeful, to be optimistic about our future. I’m very optimistic as well. But looking down south, it is a cautious optimism.
…

I notice Vice has been doing a lot of stories related to Winnipeg lately. I tend to get very suspicious when news aggregators keep on pushing people and stories to their viewers when they really don’t belong in the headlines (I’m looking at you, Huffington Post! Stop trying to get me to like Trevor Noah!). I don’t mind agenda in journalism, but it gets tiring and disheartening when the agenda is marketing. Anyway, the Winnipeg-related stories, while unusually frequent, seem to tell a common theme of the government marginalizing certain segments of the population. In Winnipeg’s case, it’s the Aboriginal population.

This brings me back to the elections. And while Trudeau promises to make positive changes to conservative policies that have harmed the country, I wonder if that promise for a better future extends to all of Canada. A few weeks ago, Harper claimed that most cases of murdered and missing Aboriginal women are solved. This is typical of many people’s attitudes regarding Aboriginal issues, not just conservatives. “It has already been taken care of.”

Here’s hoping that the government, and most people who claim to be progressive, will be more concerned about Aboriginal issues.

A couple of things about the news:

Why are people surprised at the pope visiting a gay-hating bigot? The Catholic church, as progressive as the current pope has been on income inequality and environmental issues, is still a regressive institution when it comes to gender and women’s rights. The church still doesn’t like the idea of birth control and abortion (great idea for poor, overpopulated countries!). The priesthood is still a men’s club! The order of the world is still God > man > woman > children > animals.

A part of me tends to be nitpicky about the whole thing however. Growing up Catholic, I’m sensitive to the differences between Roman Catholics and Christians. Aside from Christians separating themselves from the Catholic Church hundreds of years ago, why would Kim Davis, a Oneness Pentecostal, be interested in seeing the pope and vice versa? Shouldn’t the two be arguing over the nature of the Holy Trinity and calling the other a heathen?

Also, why Kim Davis? Were the Duck Dynasty guys too busy for the Pope that week? What about the God Hates Fags people? At least I find them more logically consistent than Kim Davis. Like the Catholic church, they stand up against divorce , which really is the bigger threat against traditional marriages.
…

I can’t stand Obama when it comes to gun control. He rails against lawmakers and the NRA every time there’s a school shooting, speaking as if he has no power to makes changes. He’s the leader of the most powerful country in the planet! He can push his agenda if he wanted to. He certainly did with Obamacare. And he’s certainly trying with the Keystone pipeline. But when it comes to gun violence, police violence, income inequality, immigration, etc. it’s just one flower speech after another. Someone remind him that he’s not Maya Angelou. He’s the president. At least critics like Cornel West are willing to put some skin in the game and get themselves arrested in order to affect some change on important issues.
…

Why is the UN having talks against cyber violence? And why is cyber violence solely “against women and girls?” I understand things such as revenge porn is mostly aimed against women, but a lot of the vitriol on the Internet is aimed towards everyone. It’s not gender specific. I would even guess there’s more animosity against gays and lesbians on the Internet than there would be against women. In any case, the Internet, due to anonymity, makes it a breeding ground for general negativity. Women claiming that cyber violence does serious harm especially to women is a disservice to the strength of women and downplays the effect of cyber bullying on men.

Also, shouldn’t the UN be focusing more on REAL violence? This seems more like a sham show to support censorship in many countries.

Listening to some sweet Willie Nelson to calm down.