On a Friend Dying 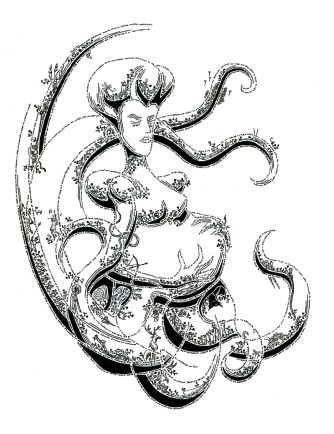 A friend of mine died recently. A few years ago, he came out with his HIV diagnosis… then a few days later, he confessed his love for me. I’m a cis gender male. He knew this. But it was something he just needed to simply get off his chest. He wasn’t asking for anything, nor was I expected to do anything about it but listen. In the spirit of confessing his health crisis at the time, I suppose it was time for him to come out with his feelings as well.

That was a healthy thing to do.

If you love someone, regardless of what the circumstances are, tell them. It doesn’t have to be reciprocated. We’re all grown-ups, and love doesn’t work that way. In any case, just tell them. Best case scenario, such feelings might eventually be reciprocated. At the very least, it tells that person that whatever they’re doing, they must be doing something right since someone loves or admires them.

This was a good lesson that he demonstrated. He also showed that a good life is possible despite a dire reality. The looming shadow of a grim health diagnosis can be very difficult to get over, but as he later moved on to a simpler life, he appeared happy… I’d say even much happier at times compared to when I used to hang out with him. Maybe it’s because he was more honest with things. Maybe it’s because he was closer to his family at the time. Who knows? But I noticed that after his diagnosis, he seemed more upbeat, or at least more fulfilled with what I would’ve foolishly judged as a simpler, slower existence at the time.

Rest well, buddy. It was good knowing you. I wish I was a much better friend, however. I guess now you’ll know the ultimate truth about your online “prison skanks.”

I met a Canadian teacher a couple of weeks ago. He’s only been on the country for three months. It was showing because I had to teach him a couple of things regarding Korean table manners, which really made me wonder about his handlers. They really should’ve taught him better or he could’ve been more observant.

The requirement was put into law a few years ago at a time when Korea had a rash of high profile criminal cases involving Korean teachers taking advantage of their students and either getting light sentences or being reshuffled back into the system. It was also a time when suspicion against foreign men specifically was being encouraged by a hate group who pushed stories to online outlets and TV networks which were more than happy to propagate them. The media would show stories villainizing male English teachers. Curiously, they tend to ignore female English teachers.

Lawmakers responded by making the HIV test a requirement, ignoring the fact that there were no credible stories about foreign English instructors spreading HIV, and that the law does not address the actual problem of leniency towards actual Korean criminals. Failing the HIV test would prevent foreigners from working in the country. It’s a xenophobic law which suggests that foreigners harbor HIV and doesn’t consider the possibility of foreigners catching HIV from a Korean partner. UN Secretary Ban Ki Moon, who happens to be Korean himself, urged the government to end the tests, calling it a violation of human rights. But the government ignored him, and the tests remain as a requirement for foreign English teachers to this day.

What’s funny is that it being a requirement for English teachers, that in itself reflects on its origins: the suspicion against male English teachers. It is not required for any other work visas, even for entertainment visas, which in many countries have been the avenue to which prostitutes enter. Korean men have also been frequenting South East Asian countries and have relations with prostitutes themselves. There are establishments in these countries that are geared solely towards Korean clientele, and yet no one is checking Korean men for HIV after coming back from their business trips.

Given this background for the law and the test, it was a mixture of amusement and sadness when the English teacher I met said that he too had to take the test, but instead of being annoyed or outraged at the requirement as well as the presumption that foreigners bring HIV to the country, he was rather nonchalant about the whole thing. He said that his handlers explained to him that it was a requirement for health insurance purposes.

Now, I don’t know how much time he spent considering this explanation. But there are so many holes in that excuse that it doesn’t take much to disprove. Are they testing for HIV so they could pay for the instructor’s expenses? If they fail and they are not allowed into the country (only about 20+ countries do this), doesn’t that show discrimination? And if they are testing for insurance purposes, how about testing other medical conditions, something without a stigma, perhaps diabetes or asthma?

Attitudes towards foreign men have slightly improved in recent months. Travel shows dominate network television, and foreign men speaking in Korean now appear in Korean talk television. This new trend has people forgetting that just a couple years ago, the fear of the foreigner scourge has been put into law, and that it continues to be a requirement to this day. And while things are currently better, it will only take one or two high-profile stories before the media sparks another moral panic. The Korean National Police Agency just recently announced a cracking down on crimes committed by foreigners by “forming voluntary crime-prevention groups” in response to an increase in foreigner-committed crimes by 5000 a year. In my opinion, this is small when considering the increase of the foreign population in the country. But I read that action as empowering local hate groups and vigilantism, and I suspect that like before, it is a misguided response to an altogether different problem.

Now, someone please explain to that naïve teacher why the HIV test is a bad thing.

I saw Bill Maher interview Dr. Samir Chachoua, the doctor who is currently treating Charlie Sheen. He’s the doctor who advised him to get off his regular meds, use a treatment that he claims cures HIV (not therapy), and apparently even injected some of Sheen’s own blood to himself in order to assuage Sheen’s fears. It is a bit concerning that Bill Maher would give the doctor a media platform when prior to the interview, Charlie Sheen said in Dr. Oz’s show that his “numbers are back up” after getting on Dr. Chachoua’s treatment. Still, the booking was not much of a surprise. Bill Maher keeps giving questionable people platforms. He once talked to Sam Wurzelbacher or “Joe the Plumber” as if he was a serious person. He also basically birthed S.E. Cupp who often comes up with the most ridiculous points on issues.

But aside from the doctor’s many dubious claims on the program (“I’ve cured entire countries!,” “Sheen is HIV negative.”), I believe there’s value in the message that we shouldn’t be complicit with the status quo. We should have healthy skepticism of what’s being told as well as keep an open ear to what’s new. Is the current HIV and AIDS treatment truly the best science has to offer? Perhaps we should be looking at other options. I haven’t done much reading regarding Dr. Chachoua’s claims. But my skepticism goes both ways, to the established science which is married with corporate interests and to the unknown Dr. Chachoua. My skepticism for the doctor comes from Sheen himself. His numbers are back up. I already fear that he’s leading Sheen down the wrong path, whether the doctor knows it or not.

The many claims Dr. Chachoua put out on Bill Maher’s show paints a great picture of possibility regarding curing AIDS and other disease, but the media tries to ridicule him and his treatment based on arthritic goats. While he may indeed be a “quack,” we should not dismiss the possibility of finding cures in the least likely of places, even arthritic goats. There is value in looking at all alternatives and not just surrendering to what the established truth is. Scientists right now are looking at sloth hair clippings for new antibiotics. However, it all must be evidence and results-based. And right now, I still haven’t looked at evidence that supports the doctor’s claims.

I guess the fear here is that this will produce another Jenny McCarthy: more “experts” that would convince people to forego proven treatments to their detriment. This is generally a symptom of the mistrust against authorities, and unfortunately in many cases, people rail against scientific authority for the wrong reasons. This is why there’s a resurgence of flat earthers and creationists along with the climate change deniers. The Charlie Sheen/Dr. Chachoua HIV thing could very well be explained as a similar reaction against established scientific authority. I am hoping it leads to more creative zeal regarding the treatment of diseases, not necessarily from Dr. Chachoua who may or may not be a “quack,” but to many people in the scientific community. I’m hoping it doesn’t result in a wave of AIDS denialism. So yeah, for now, I’m cautiously optimistic about the doctor’s appearance on Bill Maher’s show.