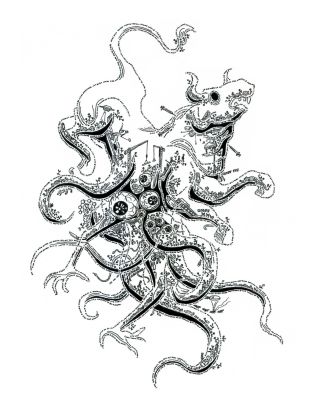 There is an interesting documentary on the works of the late Norval Morrisseau, ‘There Are No Fakes’. Morrisseau started the Woodland style of painting, using imagery from First Nations cultures showing the insides of creatures in a sort of x-ray effect.  His works are far more colorful and playful compared to the more traditional images in Inuit and West Coast art.

Unfortunately, many of his works have been forged, and a lot of what is passing off as original Morrisseaus could potentially be fakes made by an art forgery ring. I’m not sure if the documentary will show anything past what has already been detailed when I first learned about the Morrisseau forgery in Maclean’s last year, but what interested me was the very title of the film, ‘There Are No Fakes.’

Is it because somehow Morrisseau’s family was connected to the forgeries? Or is it because the forgeries themselves, just by the very fact that they are connected to the drama of Morrisseau and his legacy make them valuable on their own? Or does the documentary basically say that if you love an image and that you find it beautiful, you shouldn’t really care about its authenticity or its monetary valuable. That art is art. They are not objects to be traded or treated as real estate investments. They are far bigger than that. (I sincerely doubt that this is where the film will go.)

The leader of the forgery ring, Gary Lamont, was sentenced to jail back in 2016 for being a sexual predator. I’m not sure if many of the news media at the time mentioned his involvement with producing forged Morrisseaus, but according to one of the victims, the forged pieces represent a very abusive period. Gary Lamont would manipulate and abuse young men while the works were being produced, between 1993-2007, when there was increased demand for Morrisseaus and when the artist’s health was slowly declining.

I’m sure there are still more to this story, right now galleries and owners are still insisting on the authenticity of many works, but I do hope that the worst is over, and at the very least, no one is producing more forged works. Growing up in Manitoba, I remember seeing some of Morrisseau’s works and even more works inspired by him. After learning about the forgeries last year, I’m not even sure if I’ve ever seen a real Morrisseau. 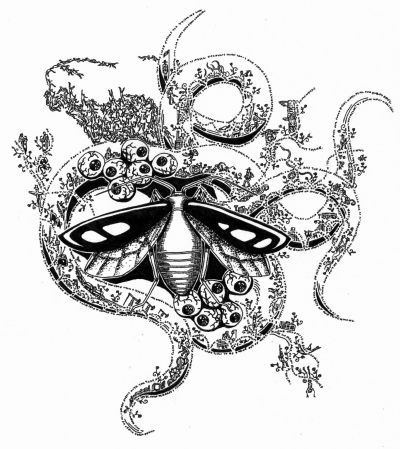 To this day, I still see news on television regarding Chun Kyung-Ja’s mysterious painting. To those unfamiliar, a quick summary: the late Chun Kyung-ja is one of Korea’s most successful painters. One of her paintings was purchased by the National Museum of Modern and Contemporary Art, but she declared in 1991 that it was the work of a forger. A forger even admitted to the fact but later retracted his claims. Lawsuits and forensic investigations afterwards, the official story is that the work is indeed authentic. Scientific analysis and some provenance backs up that claim, although Chun Kyung-Ja’s family continue to claim that it is not authentic, and that officials are perhaps protecting the reputation of Korea’s art experts.

Is this not the best problem to have? To be so good and to be so talented that not only are other people trying to copy your work, but reputations are at stake to prove that work you may or may not have done is indeed authentic.

In any case, I could certainly see the motivation to prove that the painting Beautiful Woman is authentic. It would be a big embarrassment should it be proven that the National Museum of Modern and Contemporary Art purchased and exhibited a forgery (Although some of the pieces I saw them exhibit a few years ago are quite disheartening themselves).  I don’t see the motivation of why an artist would lie and claim that a piece of artwork wasn’t done by them. Perhaps if it was an embarrassing piece of work or its political or social commentary might cause the artist some backlash. But if it’s as cherished as Beautiful Woman seems to be, I don’t see why the artist would claim she did not paint it.

It is true what Ms. Chun Kyung-Ja said. Speaking as a visual artist, I know which artwork was done by me. Even after evolving and considering some of my past works embarrassing or not reflective of the body of work I would like to be most remembered for, I know whether I’ve done something myself or not. Creating art is an intimate process. Visualizing then replicating a mental image into reality is such a unique and memorable experience that it’s very hard to forget. It is much different from putting words on paper. One can easily forget what they said one or two years ago. Some of the things I’ve blogged about on the Internet I’ll probably be unfamiliar with and be quite embarrassed to know that I’ve written them. And yet, we often remember childhood drawings we did once we see them again.

As much as I believe in science, I don’t think the science in many areas of forensic analysis has been settled yet. There have been several questions regarding the reliability of bite mark analysis and handwriting analysis. I just don’t find the art analysis evidence to be very convincing. Same materials can be bought. Brush strokes can be imitated. There’s a whole industry of painters creating the same paintings cheaply in many countries right now. Surely, a better forgery can be made at a much higher budget.

While people are speculating that the museum might be protecting its own experts by claiming that Beautiful Woman is authentic, I think it’s quite out of character for the museum, especially as Koreans who are often respectful to their elders to a fault, to be attacking the artist. They claim that perhaps Ms. Chun Kyung-Ja doesn’t remember she created the piece due to dementia. Those are very serious charges in a country that regards being called “crazy” as one of the worst insults a person can say. And as much as the museum trotted out several art experts to bolster their claims, I am curious to see if they presented any evidence to support suggestions of the artist’s failing memory at the time.