On a Friend Dying

A friend of mine died recently. A few years ago, he came out with his HIV diagnosis… then a few days later, he confessed his love for me. I’m a cis gender male. He knew this. But it was something he just needed to simply get off his chest. He wasn’t asking for anything, nor was I expected to do anything about it but listen. In the spirit of confessing his health crisis at the time, I suppose it was time for him to come out with his feelings as well.

That was a healthy thing to do.

If you love someone, regardless of what the circumstances are, tell them. It doesn’t have to be reciprocated. We’re all grown-ups, and love doesn’t work that way. In any case, just tell them. Best case scenario, such feelings might eventually be reciprocated. At the very least, it tells that person that whatever they’re doing, they must be doing something right since someone loves or admires them.

This was a good lesson that he demonstrated. He also showed that a good life is possible despite a dire reality. The looming shadow of a grim health diagnosis can be very difficult to get over, but as he later moved on to a simpler life, he appeared happy… I’d say even much happier at times compared to when I used to hang out with him. Maybe it’s because he was more honest with things. Maybe it’s because he was closer to his family at the time. Who knows? But I noticed that after his diagnosis, he seemed more upbeat, or at least more fulfilled with what I would’ve foolishly judged as a simpler, slower existence at the time.

Rest well, buddy. It was good knowing you. I wish I was a much better friend, however. I guess now you’ll know the ultimate truth about your online “prison skanks.”

There seems to be an awful lot of death around me lately. Last November, my grandmother passed away. I had to fly to the States for a bit of a memorial gathering. I haven’t seen my grandmother for many years prior to her passing, and in at least a couple of scares, our family had to mentally prepare ourselves for her passing. And when she finally passed away, it was more like seeing the long inevitable, acting in a scene long rehearsed.

Not long after, my godfather passed away. I don’t have much of a relationship with him, but he was close with my father and I do love my cousins. His health has been in a decline for many years now. And while it was a surprise for me that he passed away, I had a feeling that it was to be expected. He wasn’t getting any healthier. A few weeks after his passing, another uncle passed away. Like my godfather, his health was in a decline as well. It’s a bit of a coincidence that he was really close with my godfather and that they both died within weeks of each other’s passing. It’s almost like what they say about old couples dying.

Just now, my landlord just passed away. He’s not a relative, but being my landlord, he’s physically the one closest to me. His death hasn’t hit me as much as my grandmother’s death did, but the fact that I just saw him smiling with his family gathered all around him on a Sunday afternoon a few days ago makes me feel really uneasy. He was a good guy who was kind and generous enough to let me stay at his place for so many years even though he wasn’t particularly fond of the way I decorated and furnished my apartment. I just hope he makes a straight beeline to heaven and not linger around to make his complaints about my living space known.

Oddly enough, we are planning to move to a different place sometime this year. Having my good landlord finally pass away seems to make that decision even more pertinent. Here’s hoping we find a reasonable place in this currently ridiculous Seoul real estate market.

I don’t know if there’s really a point to my writing this week. There have been a lot of people dying lately. It feels quite uneasy.  I really would like to shake it off.

Be kind to people while they are still around. One of my biggest regret in life is not being there with my mother in her last years. I could’ve found another job. I could’ve made arrangements around my life to make it possible for me to be there with her, but I didn’t. I was lazy, unimaginative, selfish, and unkind. I kinda shut it all out. I pretended everything was going to be fine, and in the process, I missed out on so much from a woman who was nothing but a saint to everyone in the family. Be kind to people while they around, because when they’re gone, you might end up writing blog entries about it repeatedly and getting reminded of your mistakes every time another person dies. 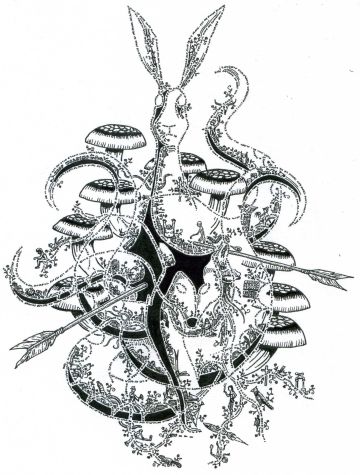 After the last couple of days, I now believe that the animated movie ‘Coco’ was teaching a bad lesson. It had great things to say about family, but the part about remembering dead relatives is a tad misguided.  The lesson needed tempering. Sure, it is only natural to remember our loved ones long before they’re gone, maybe even learn some lessons about their lives especially if they’ve made a significant impact to their families or the larger community while they were alive. But outside of that, I’m not sure if it really benefits the dead in the most pragmatic sense.

It has been a very rough recently around me. People have been dealing with health issues, with some having the possibility of passing in a few days or so. With this rather depressing mood, I’ve been thinking how things truly are for the dead once they have passed. Life does not stop. And I believe we sometimes overvalue our impact in other people’s lives, which is part of the reason why we fear death. What about my wife? What about my family?

They will all eventually move on.

If there’s one valuable thing that Facebook has taught people is that people do eventually get over you. People move one after a person’s metaphorical “death” in their lives. Our old classmates, co-workers, and exes have fulfilling lives without us. They move on and we become strangers to them, as much as they probably become strangers to us. “Boy, he’s gained weight since I last saw him.” “Oh wow, she’s got kids now.” Life does not stop. We might not have died, but we might as well have because they wouldn’t really know at this point if we did. And I’m not really sure if it benefits me if any of these people from an earlier part of my life, as wonderful as they are, remembers me. A part of me thinks wanting people to remember you is a tad arrogant.

If my church teachings are to be believed, the secrets of the universe will be unveiled to you right after you die. Your plate is full right after you die. You’ve got the whole world and beyond to know and experience. Do you really want others to suffer long after you’re gone? Do their remembrances and broken hearts make the secrets of the universe that more appealing? Wouldn’t time at that point be meaningless and we’ll eventually see all of our living relatives in what is equivalent to a millisecond?

One of the reasons why I don’t have children is that I don’t want to burden others with my death. It’s one of my regrets with marriage. Should something happen to me, I don’t want my wife suffering long after I’m gone. It would be far better for me to die single in a lightly attended funeral than to leave behind a widow who will struggle her life back together after I’m gone. But then again, maybe that’s the “remember me” arrogance talking. I married a strong woman. I’m sure she’ll move on just fine without me.

So yeah, I think there’s comfort remembering our loved ones. Memories of my mother still warm my heart, followed by bouts of longing and depression. I can’t help it. But yeah, in my case, it’s arrogant to ask people to remember me after I’m gone. Perhaps the kinder and better message would be “Forget me. Live a good life without me.”

Canada, I love you. 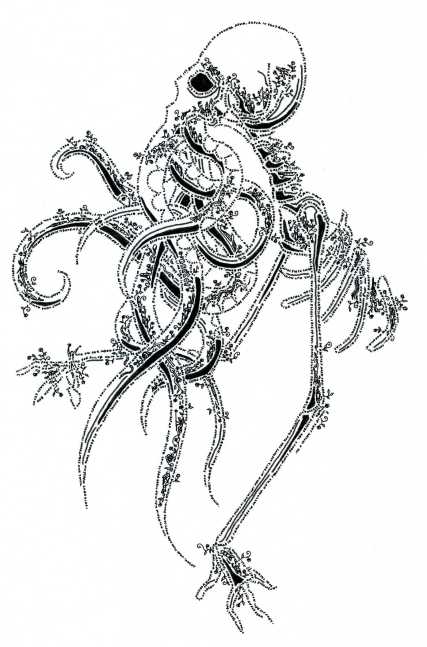 I will be visiting Canada this week. I haven’t been home for two years, so I’m quite excited about it. I say “quite” because I’ve kinda been struggling with bouts of depression lately. It’s been like this for over two weeks now and my recent birthday didn’t really help to cheer me up. Birthdays at a certain point become no longer a celebration for surviving a year on the planet, but a marker on how closer we are to death. In any case, here’s hoping that Canada puts me in a better mood.

Being in Canada means being on the move, which means being unable to update the site for a while. It’s not like anybody would miss it, but yeah, my journey back home would explain the lack of updates at the Weekly.

My sister’s best friend caught this on her TV a few weeks ago. It looks like my art is now gracing television sets all over my home province of Manitoba. Thank you, Shaw. As artists, we all aim to somehow contribute, no matter how small, to the zeitgeist. As an artist with no plans to have kids, my very small contributions are everything I have in terms of a legacy. Here’s hoping that someone, somewhere, will perhaps be inspired to draw and make art.