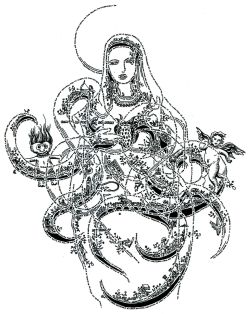 I haven’t been very happy with the actions of some foreigners in Korea. As I wrote a few weeks ago, there’s been several reports of foreigners in beaches not wearing masks even when prompted by the police or given free masks by volunteers. There’s even been some arrests after some rowdiness during the July 4th weekend. It’s also, not uncommon to see foreigners not wearing masks as they wander around Seoul. As a foreigner myself, it makes all of us look selfish. Most people in the country are doing their part to contain the virus, and yet there are people around who walk around not wearing masks because “the country is safe.” It’s safe, thanks to most people wearing masks!

So now I understand why people might be annoyed with foreigners, especially since many of the cases of covid-19 now are getting caught in the airport from people coming in, both from foreigners and from Koreans coming home. But now I see that some people are pushing the government to charge foreign nationals for their covid-19 treatment as some form of punishment? Normally, the treatment is free for everyone, but I think some people believe that foreigners are taking advantage of this situation? I’m really not sure where the logic is here.

As of writing this entry, there’s about 14,000 cases of covid-19 in the country. 700 of those are foreign nationals. A couple of the article I read has stated that the treatment is causing an undue burden to tax payers, which is laughable sine the number of foreigners infected is quite small compared to the total number of cases. How much of a burden would that lighten if those foreigners were forced to pay for their treatment? According to the articles, government officials are saying changes will be targeting those who “intentionally cause a burden to the country’s quarantine and medical system.” The language is quite vague, but it’s notable that a couple of the big outbreaks were caused and hidden by Korean nationals. Also, threatening some sort of punishment to foreigners might discourage more from getting tested or properly treated.

As free as the tests are here, it is not really that simple to get a test. One must exhibit symptoms first for a prolonged period prior to getting tested. I am involved with several sensitive projects in my company, and when I learned that someone tested positive in a building I regularly visit, I tried to get tested afterwards. I got a big fat no. I was told to wait until I exhibited symptoms. Now, if I had covid-19 and was spreading the disease while I was awaiting symptoms, I would’ve been jeopardizing several projects and endangering lives. I was very much encouraged to not worry about it, but if I was indeed ill, does that qualify me as “intentionally causing burden to the medical system?” What if I was a foreign factory laborer who is in a more desperate situation? What if I simply was asymptomatic?

I think this is once again the occasional blaming of foreigners and enacting laws to punish them to ineffectively solve problems. I wrote several times about high profile child abuse cases and the way conservative Korean legislators acted was to force foreign teachers in the country to undergo mandatory AIDS tests, despite those cases not having to do with foreigners. Unfortunately, most of the Korean newspaper outlets online are conservative, so maybe I’m just reacting to the outrage among conservatives, but a part of me feels that when Koreans see dumb foreigners walking around not wearing a mask, it’s not a hard proposition to sell.

Jair Bolsonaro has been accused of crime against humanity by the Hague for his neglect with covid-19. He has recovered and posted a picture of himself holding hydroxychloroquine almost as a way to troll the whole world right before he drove off in a motorcycle not wearing a mask. It’s disgusting. How could the people of Brazil have this man as president over Lula da Silva, the man who raised the hungriest people in the country out of poverty?

And speaking of war crimes, Brazil is only second in covid-19 cases and deaths. The United States is still much higher in cases and deaths. It’s death rate is not as high as other countries, but that’s not saying much when you have the resources of the richest country in the world and you’re comparing the country to Spain, Italy, Peru, and Sweden. How come I don’t see Donald Trump being charged with neglect regarding covid-19? The man literally played golf as people died under his watch.

It is scary how China has been flexing its muscles throughout the world. It’s been trying to claim ownership over the South China Sea and the Spratly Islands for years now and it’s curious to hear what President Duterte of the Philippines had to say about this in his state of the union. He’s long been accused of kowtowing (haha, see what I did there?) to China, but when he said that he was inept in matters of war and that he can’t do anything when faced with China’s military might should they claim ownership of the South China Sea, it was very telling.

For one, no one is really talking about going to war with China. But for immediate effect, he goes straight to China’s military might in order to justify his helplessness in the matter. He is right to point out that these matters are best sorted out diplomatically, but you don’t start diplomatic negotiations by saying you are weak and inept. Other countries are facing up against China and they are not coming out as weak as Duterte appears. Taiwan, Vietnam, and Indonesia are not kissing Xi Jinping’s ring over the territory.

If anything, it shows how weak of a bully Duterte truly is. He can only lord over those who are weaker than him. He would extra-judiciously have suspected drug addicts and drug pushers killed, some of which are children, but cowers over forces that would literally take what his country has claims over. The country’s national anthem (Lupang Hinirang- The Chosen Land), much like “Oh, Canada” reads like a love song but ends with a very tragic, albeit romantic promise. The last verse goes “but it is glory, ever, when though art wronged, for us thy sons to suffer and die.” But Duterte, he doesn’t have the stomach for this. “Inutil ako riyan (I am useless there), and I am willing to admit it.”