Why Won’t It Work? Nothing Works! 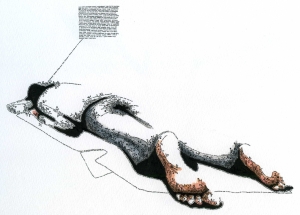 Ugh! Godaddy’s website builder is suddenly inaccessible in South Korea. I can’t write my weekly updates on http://josephmreyes.com/. Grrr! What the heck is going on?

Speaking of “grrrr,” I cannot, CANNOT, stand airline companies. I love travelling, but dealing with travel companies is the worst. I just got word from Travelocity that my one leg of my flight was cancelled, so I have to change my whole flight. I called Delta and they said everything was fine. So I called Travelocity again, and they tell me that Delta was wrong and a flight to Tokyo using Korean Air was cancelled. So I have to call Delta again and figure out what’s up.

I’m ten years-old all over again, passing messages between my parents. That is, if my parents are East Indian  customer service representatives.

What’s equally annoying is that I booked my flight a month ago. It was confirmed and everything, but that confirmation is worthless since one flight in a series of many flights was cancelled. And because that one flight is messed up, everything else gets thrown with it as well. I can’t replace the cancelled flight with another flight. Either I take an alternative route that they’re giving me with no charge, or get a refund and re-book a more expensive flight. Ugh!

Worse, the alternative flight they’re giving me includes a 30 minute layover in Minneapolis, one of the busiest airports in North America. Good luck making that flight!

Of course, one quick look at Travelocity’s website shows a better flight agenda with reasonable layover times. The customer service personnel didn’t even initially consider this and was pushing for me to commit to a ridiculous agenda.

And no…. no apologies from Delta, Travelocity, nor Korean Air.

I really miss home. I really miss Canada. But dammit, this whole clusterf**k and the thought of transferring through American airports and going through security have me dreading coming back home.