Where I Understand Suspicion Against Foreigners 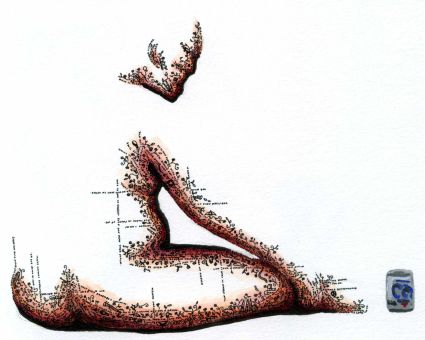 The reason you don’t provoke North Korea is because you don’t want to give them any more incentives to build bombs. Everyone knows that the United States has the biggest military power in the history of mankind with a nuclear arsenal that could destroy the whole world multiple times. It is annoying to hear all of this tough talk against North Korea and appeasement, when the US’ mighty sword has not resolved clean victories and lasting peace in most of the conflicts it got involved in since the Vietnam War. Since Donald Trump got elected, he did nothing but casually hurl inflammatory rhetoric at North Korea and annoy US allies in the region. It is difficult not to argue that it has increased the North Korean zeal with its weapons program as well as encourage inflammatory rhetoric from the North as well.

It doesn’t matter if the US has the bigger bombs, or that it could mete out “fire and fury” at North Korea. Fire and fury has not resulted in the defeat of ISIS, despite Trump’s promise to rid of the group within days of his presidency. This is a ragtag guerilla group which the most advanced military might cannot seem to squash. Military victory is not gained purely on might alone. And the reason why South Korea is wise in being cautious with its approach with its neighbor is that not only would a war cause massive casualties and upend the rest of the eastern Asian region, it would also harm innocent North Koreans in the process. It’s not just because some North Koreans might be related to people in the South, but North Koreans are also human beings, people who have the right to live in peace.

And what is victory in a war with North Korea? A destroyed regime which will result in a power vacuum, perhaps resulting in an Asian version of ISIS? A humanitarian crisis with refugees fleeing the country? A ravaged South Korea and perhaps other major cities in Asia as well? A crippled China, one of the few countries with a growing economy that is fueling a significant portion of the world’s industries? It doesn’t sound like victory at all.

Talks of war against North Korea are gross and shortsighted. It would feel good to punch a fat bully in the teeth, but you don’t starve your neighbors and punch everyone else as well in the process. Most South Koreans don’t worry about nuclear war with the North. They’ve learned to live in the standoff. It is only the US’ rhetoric that is making things a whole lot worse and war with the North that much closer. The Koreas have already suffered countless of times due to foreign powers. This was way before the two Koreas were divided because of the US and the Soviet Union, the reason why South Koreans have traditionally looked at foreign influences with trepidation. Again, North and South Korea is being threatened due to the meddling of foreign influences.